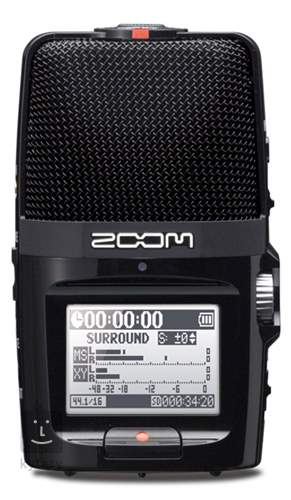 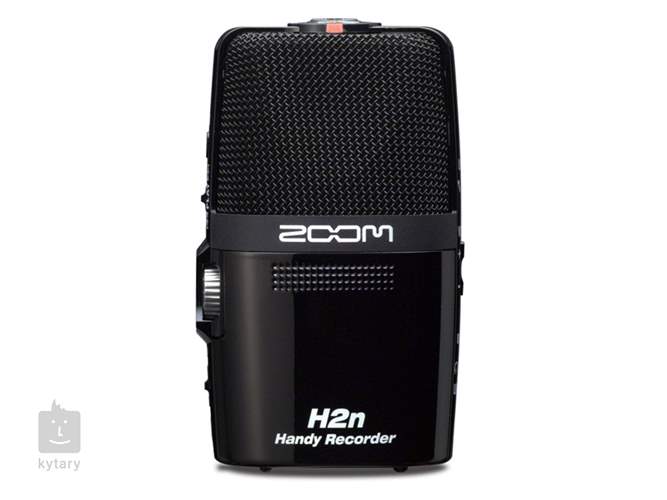 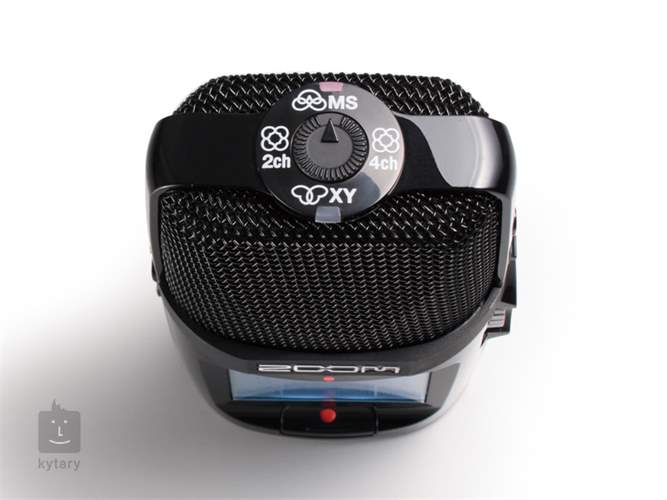 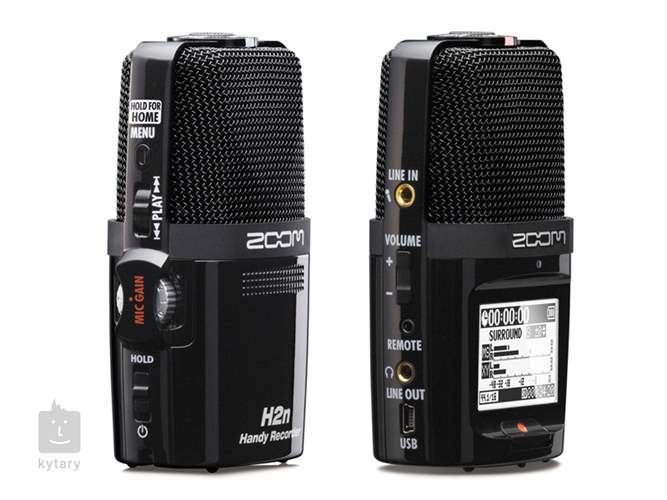 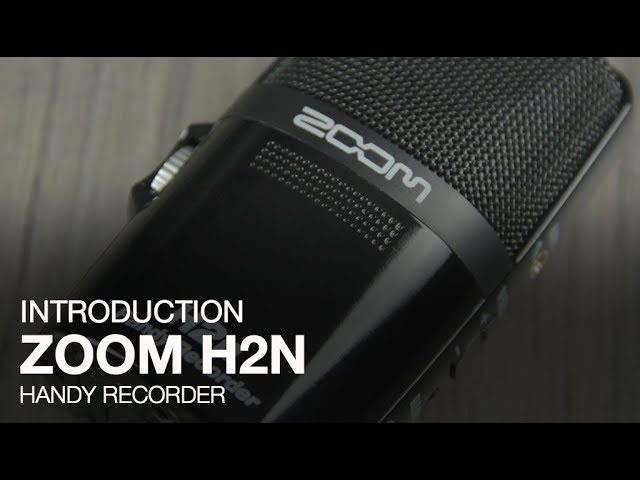 30 days to try out your new instrument.

Sometimes, even after a careful selection, your new instrument might not meet your expectations. As we want you to be fully satisfied with your instrument, we offer you the possibility to return your purchase, either from our e-shop or retail stores, within 30 days. We will refund your money within 14 days of receiving the undamaged goods.
You can be sure that at Kytary.co.uk you will always choose the instrument of your dreams. More info here.

Music makes the world a cultivated place, which is why we try to help musicians in their creative efforts by providing them premium services. In addition to other benefits, you can also expect an extended three-year warranty.
Customer satisfaction is always our top priority.

The H2n Handy Recorder is the only portable recording device to come with five built-in microphones and four different recording modes: X/Y, Mid-Side, 2-channel surround and 4-channel surround. Other advanced features include automatic gain control and onboard MS decoding, plus effects like compression, limiting and low cut filtering. You can even use the H2n as a multi-purpose USB microphone!

With its multiple microphones and recording modes, the H2n can handle just about every kind of application. Here are just a few ways it can be used:

• Live recording of concerts and rehearsals, in either stereo or surround sound

• Location videography—the H2n gives you plenty of options in postproduction

• As a USB microphone providing input to recording software

The H2n offers not one, not two, but five built-in microphones. Two of them are arranged as an X/Y pair, while the other three are configured in an MS ("Mid-Side") pattern. They can be used separately for X/Y or MS stereo recording, or combined to create stunning 2- or 4-channel surround sound. The H2n allows you to combine the signals from both the X/Y and MS microphones in order to create surround sound recordings of everything you hear—not just those sounds coming from in front of you, but from all directions.

Use 2ch mode to create a single stereo file of the combined mics, or 4ch mode to record the signal from the H2n's X/Y mics onto one stereo track and signal from the MS mics onto another. The resulting pair of tracks can then be routed to separate speakers for an immersive listening experience or can be blended into a custom stereo track. In addition, the H2n's MS decoding feature can be used to independently alter the level of the Side signal in both 2ch and 4ch modes.

The Zoom H2n is the only handheld recorder that captures four-channel surround sound audio. With Firmware v 2.00, it’s perfect for the creation of 360-degree “Spatial Audio” files, the next-generation surround sound format native to the google JUMP Virtual Reality Platform. Using “Spatial Audio” mode, you can create a single four-channel, multi-track WAV file that includes Omni, Left/Right, and Forward/Backward tracks. This Spatial Audio file is then ready to be combined with 360-degree VR videos recorded with the google JUMP compatible camera rig (such as the GoPro Odyssey or Ricoh Theta). Once completed, the immersive videos are ready to upload to YouTube.

The H2n Line In is a stereo ?" mini phone jack that can accept two channels of mic- and/or line-level signals. Condenser microphones requiring Plug-In Power (2.5 volts) can be connected to this jack. An analog-type Mic Gain dial allows you to manually set input level, or you can choose one of the three Auto Gain presets to automatically set the optimum recording level. The H2n Line Out is a stereo ?" phone jack with dedicated volume control. Headphones can be connected to this jack for private monitoring of the input or recorded signal. There's also a built-in speaker on the back panel for fast monophonic monitoring of the recorded signal without the need to make any connections. The H2n USB port provides a digital output of the stereo mix and allows data to be sent to and from your computer. From there, it can be imported into editing software such as the supplied WaveLab LE. USB also enables the H2n to be used as a 2-in/2-out audio interface or as a USB microphone.

The interview started a split-second before you were ready. The conductor lifted his baton just as you were checking a cable. The talent went back on-air a moment too soon. No problem… as long as you're using an H2n. Its Pre-record function automatically keeps the H2n silently but continuously recording in the background, all the time, keeping the previous two seconds* when you hit RECORD.

The H2n's Data Recovery feature automatically repairs corrupted files—something that can happen if power is interrupted during recording or if an SD card is removed during a writing or editing procedure.

The H2n provides an arsenal of effects that allow you to add polish to your recordings and compensate for any problems or limitations in the acoustics of the recording environment. Compression and limiting can be used to control fluctuations in level, acting like an automatic volume control. The main difference between the two is that a limiter reduces louder sounds more severely. A low-cut filter removes signal below a designated frequency. This is useful for eliminating pops, wind noise, blowing, and other kinds of low frequency rumble such as transmitted resonance from an onstage mic stand. There's also an onboard metronome and chromatic / guitar / bass tuner. In addition, playback can be looped and the playback speed varied without pitch change (or vice versa) to facilitate phrase training.

The H2n can record audio in two different basic file types: WAV and MP3. The main difference between the two is that WAV files are uncompressed; that is, they contain all the recorded signal without any data being removed. The WAV files recorded by the H2n can be either 16- or 24-bit, with sampling rates of 44.1, 48, or 96kHz, and are automatically time-stamped, making them Broadcast Wave Format (BWF) compliant—especially important when recording audio for video since it allows for precise synchronization in post-production. MP3 recordings are compressed, which means that some unnecessary data is removed prior to storage, making them much smaller than WAV files, and thus much easier to upload and download. Some MP3 files exhibit a slight loss of audio fidelity as compared with the original signal; however, this is not noticeable in all circumstances. The H2n allows you to easily convert WAV files to MP3 format and you can use its internal mixer to mix down the pair of stereo files created in 4ch surround to stereo, with independent control over each track's level and panning.

The H2n requires just 2 AA batteries—either alkaline or rechargeable NiMH. Battery life when using alkaline batteries is more than 20 hours, even during continuous recording. Alternatively, you can use an optional AD-17 AC adapter, which allows you to power the H2n from any standard wall socket. The H2n records directly to SD cards. It supports standard SD and SDHC cards, up to 32 gigabytes. The chart below shows maximum recording time with different file formats and card sizes.

The H2n's USB port allows it to send and receive digital data and to act as a 2-input / 2-output audio interface (enabling you to use it as a USB microphone). Simply connect the H2n to your laptop or desktop computer via USB, launch your favorite DAW or use the included WaveLab LE software, and start laying down your tracks.

The Zoom H2n comes with free download licenses for Sternberg’s Cubase LE music production software and WaveLab LE audio editing software, providing not just the ability to capture superior audio in every box, but to do spectacular things with it. Take your recordings to a more professional level. Steinberg’s powerful and state-of-the-art audio software used by creators around the world now comes with every Zoom Handy Recorder purchase.